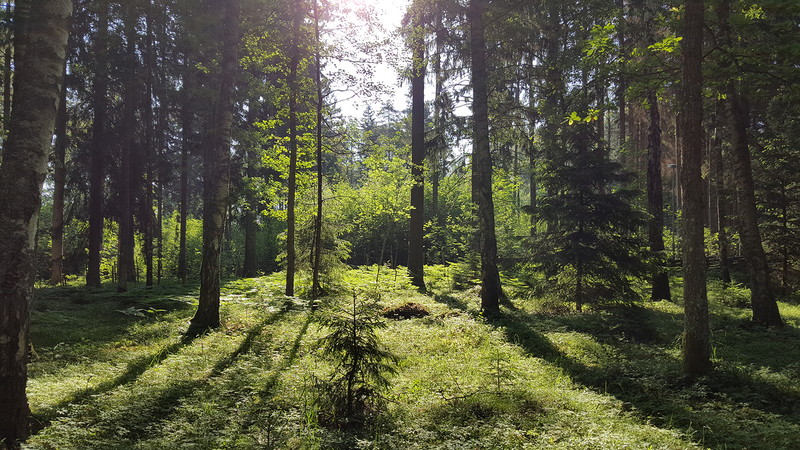 The woods were once owned by Valla Farm, and before that by the village of Valla, which dates all the way back to the Iron Age. In olden days, the woods were used as grazing land for cattle. Not only that, the woods provided humans with food, firewood and timber for building houses and manufacturing things.

Archeologists who studied Vallaskogen have found many traces of human activity—people who lived here and grew crops here thousands of years ago. They left behind ancient graves, settlements and a system of sunken lanes throughout the woods. Sunken lanes look like ditches, and they were the roads of long ago.

Today, Vallaskogen is a nature reserve that covers about 80 hectares (or about 200 acres) of land. This means that the woods will be preserved for the future. In the 1960s and 70s, there were plans to build a giant highway right through these woods. The plans met with a lot of opposition, and a public referendum settled the matter: there would be no highway.